After our research of the Foyer as a public space and had decided where we wanted to place ours, we went down and put them up, however the space between the lifts had already been taken so we put one of our posters up on the side of a vending machine. We chose here instead as it is still visible to the audience as they walk through to go to the lifts and stairs and it is also right next to a water fountain so people getting a drink would be able to see it at eye level. The vending machine is black which made the green poster stand out more instead of having it on an already busy wall where it may not be seen as well. 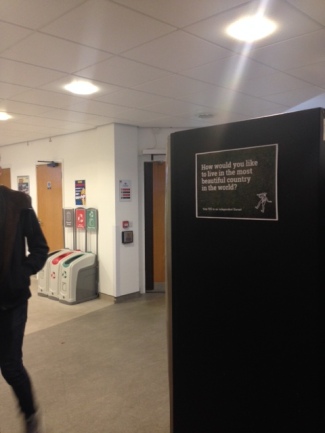 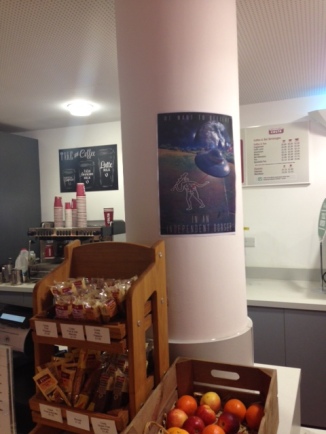 …however our seminar was late in the day and this was the only time we had the opportunity to put our posters up, so Costa had already shut and there were not many people walking through the foyer at all so we did not get the chance to ask anyone about our posters.

We said if we were to do the task again we would print out the posters bigger to make more of an impact, we would make the font of the slogan bolder and we would also put the posters up and interview people at more of a prime time so we would get better data to take away from this.